When I bought my ticket to the Vogue 5-Day Beauty event I forgot the sheer magnitude of this iconic brand that I was actually going to… really I hear you say – BRITISH VOGUE so when I arrived at their London office for the event, I was simply in awe, no I mean it, literally…. like I felt privileged to be in their presence. I was the first one to arrive to ensure I had a front seat (‘’you’re so eager Micsholla’’) sitting waiting for a friend to arrive in the tiny reception area.  Luckily for me the security guard was warm and friendly. My only thought was this reception area is super small for such a massive establishment! As my friend arrived we swapped pleasantries and chatted excitedly watching every fashionable – Insta-body grace through the revolving doors in an out of the building. Randomly during more chit chat, a gracefully figure walked past with a lady who appeared to just step off the runway.  It was the man himself, Mr Vogue, Mr Edward Enninful who we recognized instantly, we were in utter shock.  I think at that point we were star struck.  It was around lunchtime so I guess no surprises it was super busy. We were lucky I thought because the kind security guard said we could wait inside as we were there super early and at this point, the queue of the attendees outside was getting super long. The next person to enter was the super mega brand owner Maria Hatzistefanis aka Mrs Rodial who I was looking forward to hear. She was looking fabulous wearing a long jersey dark printed dress by Balenciaga, accompanied with a pair of red suede striking ankle boots to finish the look – now she looked like a rock star I thought!  I’ve been following her for ages on Instagram after accidentally discovering her brand. She was the keynote speaker and later discussed the challenges, intricacies about how she started the business, from being fired, knowing your passion and the highs and lows, and as they say the rest is history.

And finally the highlight of this event was discovering a week later that I appeared in VOGUE – I mean come on……. I wasn’t looking my best but I was utterly over the moon and grateful to be in such an iconic magazine, WOW!  Apparently during the networking session I was not aware my photo was taken – just as well I didn’t look my worse I thought! Fabulous event and look forward to going to the next one. x 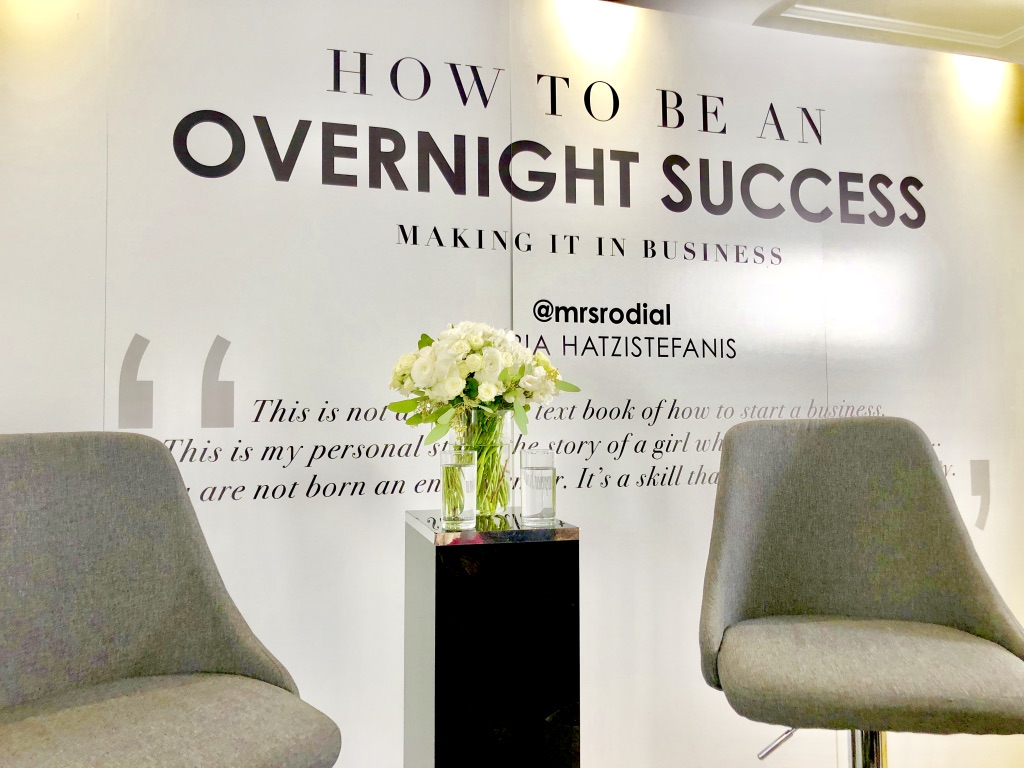 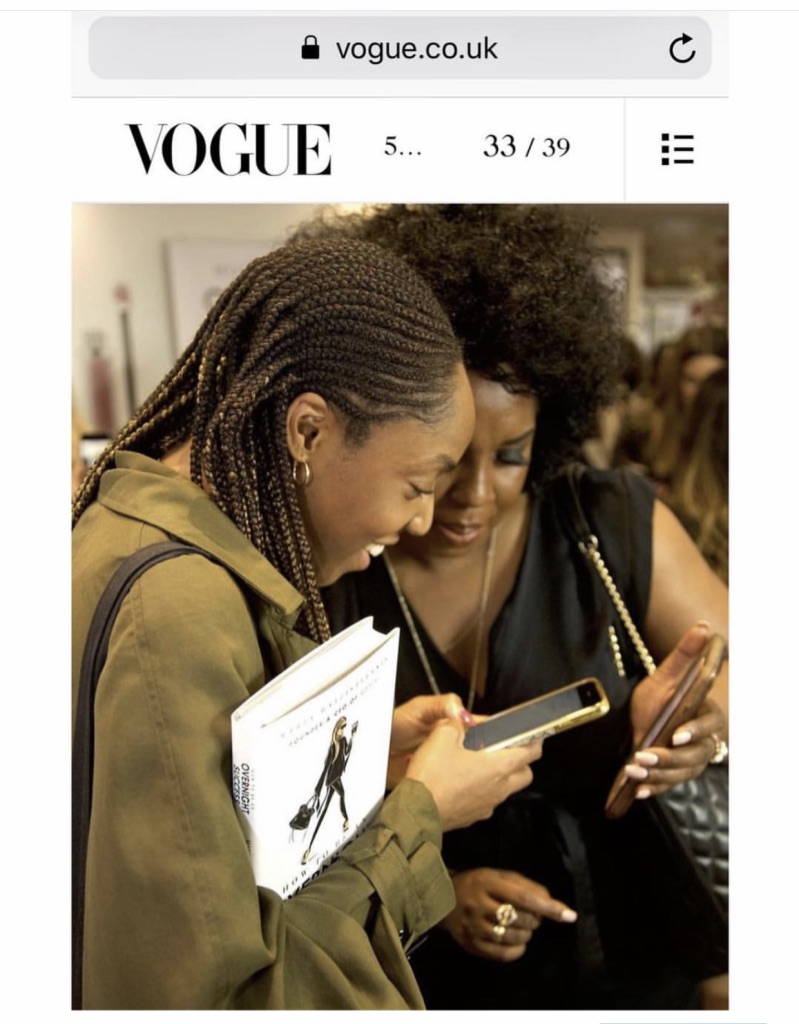 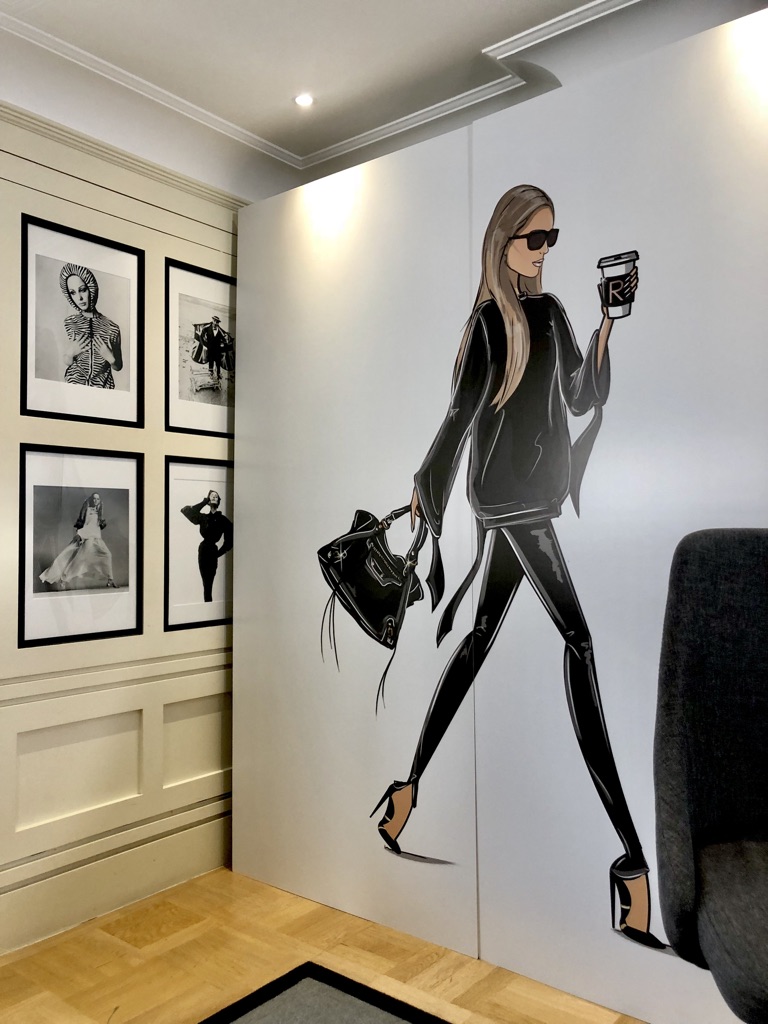 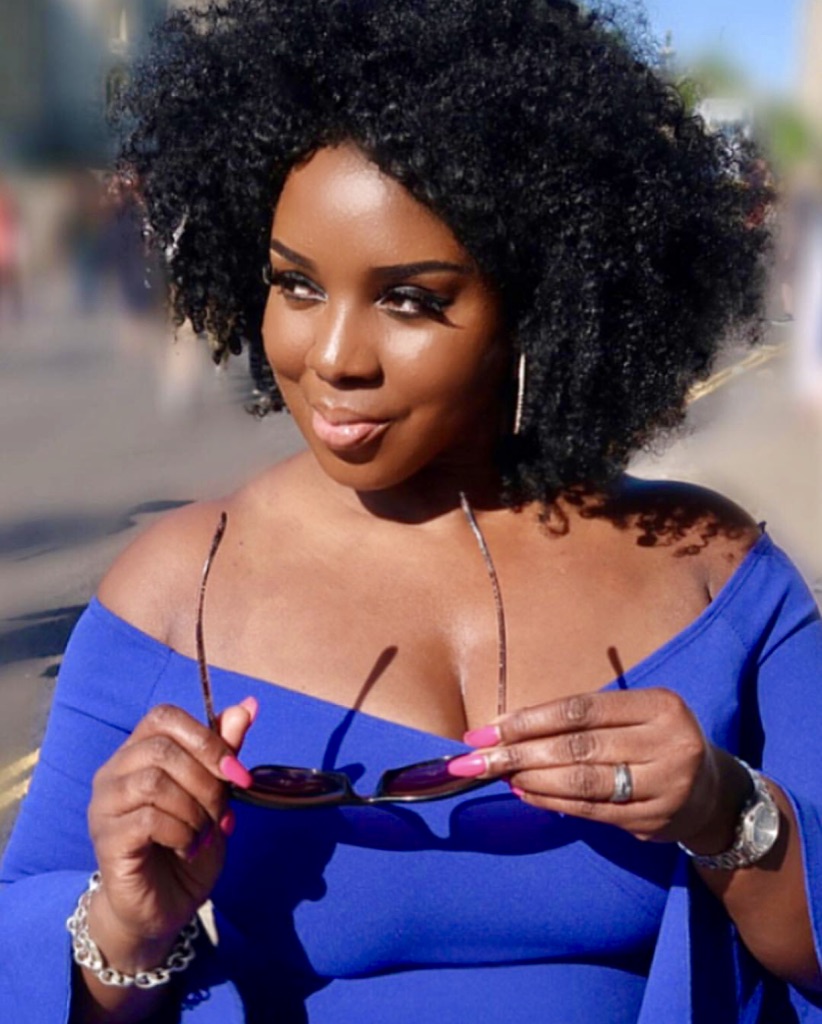 Micsholla is the owner of Afrochickontherun! She is a proud mother of a 23 year old man child and successfully juggles blogging, an executive career and running a busy London household x